Snapchat among few other apps was recently hacked whereby the map of NewYork City on the app was vandalized and incorrectly named ‘Jewtropolis’.  It was only the map that was interfered with on the app. Sources say that the map feature was outsourced to a third party company called Mapbox. Mapbox is an authorized map service provider to certain apps like Snapchat, Citibike, street easy, the New York Times etc. Snapchat was bombarded across the social media platforms and eventually, Snapchat tweeted that it was actually their third-party platform that was hacked and put a rest to all the claims. 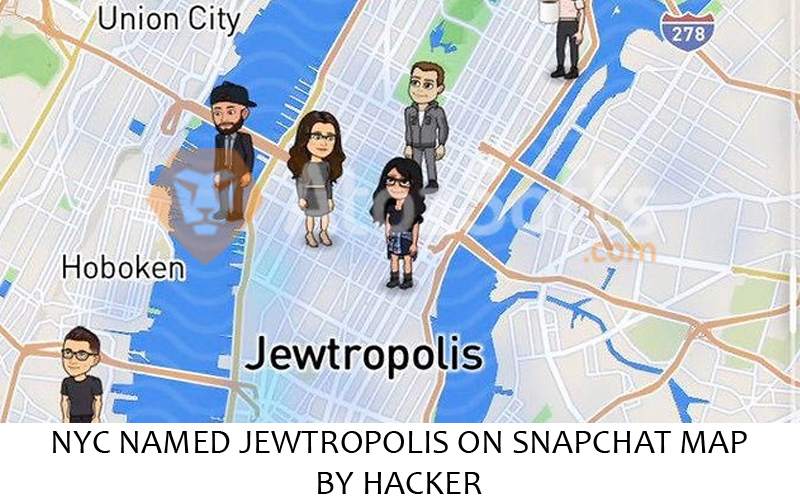 Mapbox, when criticized, made a full statement regarding the issue saying that Mapbox adopts a zero tolerance policy regarding any hate speeches and any unwanted interferences with their maps. They said that this disgusting attempt was made by someone who already has attempted various other hateful edits. Mapbox claimed that they removed the information in an hour and that the concerned security team has now ensured that no other attempts are made to the system and they have limited any chances for potential future human errors. Mapbox also pacified users that they are still investigating the source of this edit and will take action as soon as it is identified.

Mapbox further claimed that they build systems in a manner that nothing of this sort further proceeding to claim that their maps are made from over 130 different sets of data, and they have a strong double validation monitoring system to detect any mishap. This is why their preliminary root cause analysis showed that this act of hate speech was properly detected immediately and put into quarantine for human review. Further, they proclaimed that their AI system flags more than 70,000 map changes a day for human review and this change although flagged immediately happened due to a human error in their review process.

Snapchat spokeswoman deeply apologized to all its users saying that they consider the act deeply offensive and totally against their values.

Users who saw this malicious hit to the map were of the view that this act was done by haters who hide behind the internet and make full use of technology to promote their anti-Semitic beliefs. Although Mapbox removed the change in an hour but it was an unbending proof of the fact that this hate has not died and will always be expressed on the social media.