Google shocked its users when it announced the end of Google+ all across the globe. Google+, a social media network was developed to give Facebook a competition but it failed in doing so. According to the company, Google+ failed to get the attention of the users and that the lack of audience is the main reason why Google+ is being shut down. Although the lack of users seems to be the obvious reason for the closure, the main reason is a massive data breach that affected more than 500,000 users. Only the consumer version of Google+ is being closed, the enterprise version will remain in operation. 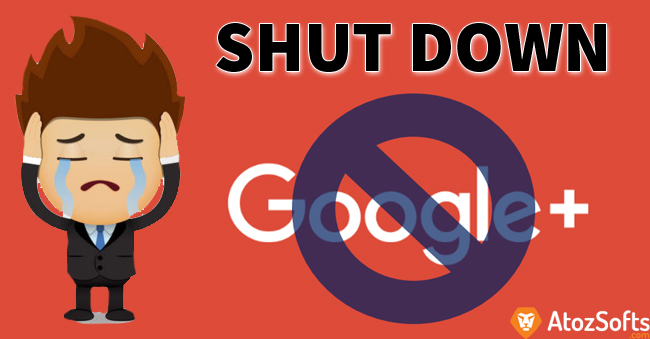 In March 2018, a vulnerability in the social network was exposed. A bug in Google+ API was making it possible for outside developers to access sensitive data of Google+ users. This data mainly involved name, gender, email address, birth, address, relationship status, occupation etc. Google immediately fixed the vulnerability but they didn’t disclose which users were affected. According to Google, no third party was able to compromise the sensitive data of the users. Whatever the case may be this unfortunate incident has finally led to the end of Google+. However, Ben Smith, Vice president of Google engineering said that the low usage was the reason Google plus is being withdrawn from Google’s portfolio.

Since it is a wide social network with millions of users it will obviously take time to shut down. The closing process will take about a year. Google hopes to complete the process in the august of the coming the year.

Reaction of users on Social media

There were mixed reactions on social media after Google made the announcement public. Some users showed sadness in being forcefully detached from a platform they loved. While others showed amusement over the news, making fun of Google and its products. Users were of the view that Google shouldn’t be trusted with its products. They were of the view that Google is not dedicated to the longevity of its software. One of the users commented that Google always does this, making you invest in their products and when you are deep down involved they pull the plug. Some users regarded this news with cynicism saying that its a surprise Google+ is still there and that it has been lifeless for a long time.

We are yet to see how this change affects Google and how Google will manage it.