Google in partnership with Orange, a tech giant recently announced that they are building an undersea cable across the floor of the Atlantic Ocean. This cable would be 5500 kilometers long connecting the coasts of France and the United States.  The cable will open in 2020. 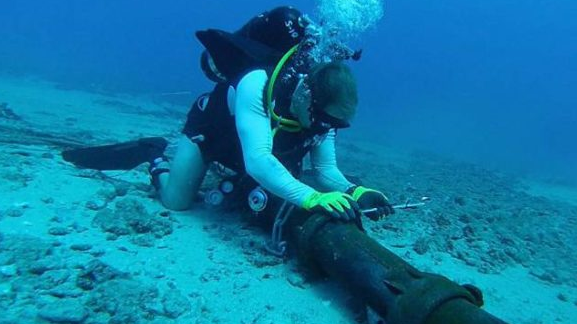 The Cable is named ‘Durant’ after Henry Durant, founder of Red Cross. This cable is Google’s seventh cable to come out in the next two years. Google is currently carrying out the other undersea cable projects. Durant would the fourth Google’s completely private submarine cable following Alpha, beta and Curie. Curie is said to go online in 2019 and it would make Google the first non-telecom company with an inter-continental table. Google first invested in Submarine cable in 20008 which led to many other technology companies following Google.  This cable will be the first undersea cable connecting France and the United States in 15 years.

According to Orange, the cable will provide it with a capacity of 30 terabits per second per pair which is enough to transfer a 1GB Movie file in few microseconds. However, the total capacity of the Durant Cable was not disclosed by both companies.

CEO of orange says he is proud to announce their collaboration with Google to build this new cable. “The role of submarine cables is often overlooked, despite their central role at the heart of our digital world. I am proud that Orange continues to be a global leader in investing, deploying, maintaining and managing such key infrastructure. Google is a major partner for Orange and this project reflects the spirit of our relationship.”

To date, Orange has invested in 40 submarine cables.

This construction of this cable is significant news, obviously. The rapid increase in demand for data services in the USA and Europe made this step necessary.

Google is reported to have spent $30 billion in the last three years in improving its infrastructure across the globe. According to an estimate made by Google, once all these projects that are currently in progress get completed, Google will be responsible for 25% of the World’s internet traffic.